Lower the bed by 200mm to facilitate ease of access.

Ensure printer has cooled to room temperature before continuing. Turn the printer off to perform maintenance.

Disconnect the heater and RTD electrical connectors (circled in red) from the hot end. Loosen the set screw in the bottom probe plate (circled in blue) and drop the hot end assembly.

Be careful not to lose the small piece of PTFE tubing seated in the hot end assembly. It is a crucial piece of the filament feed path. 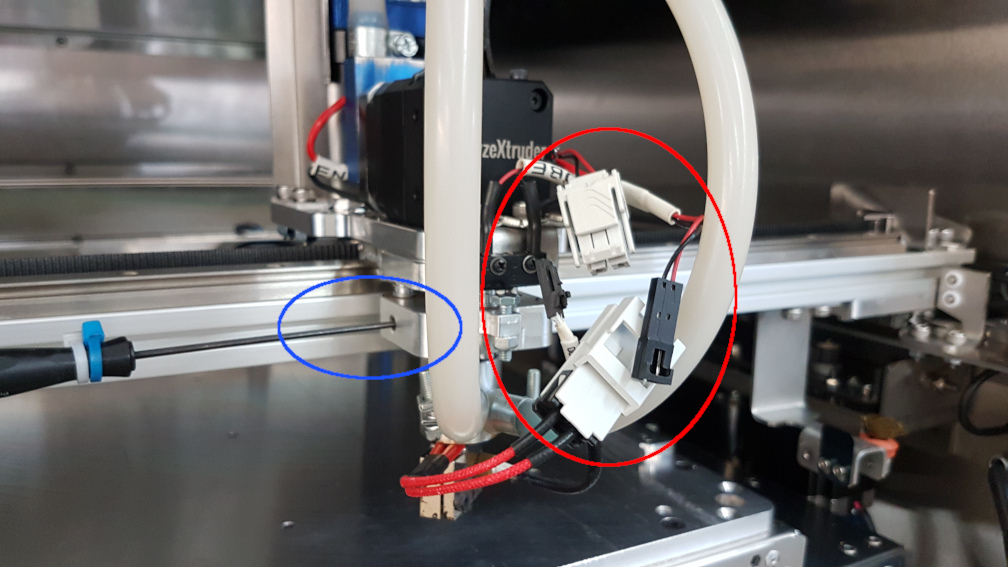 Remove the two M5 screws holding the probe switch bracket. Carefully move the switch assembly to the side. 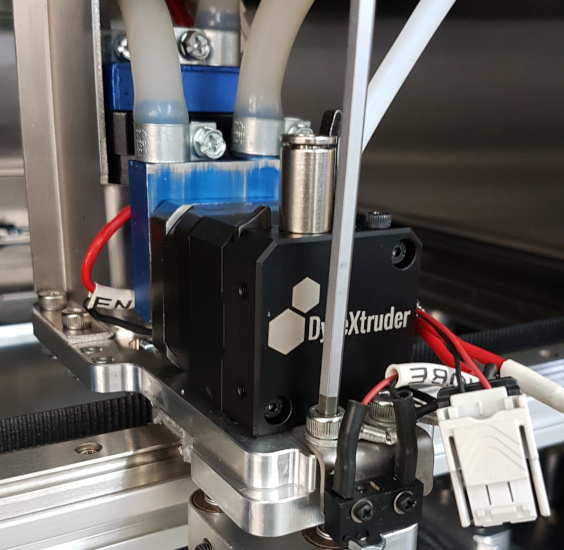 The springs are loose - take care not to lose them! 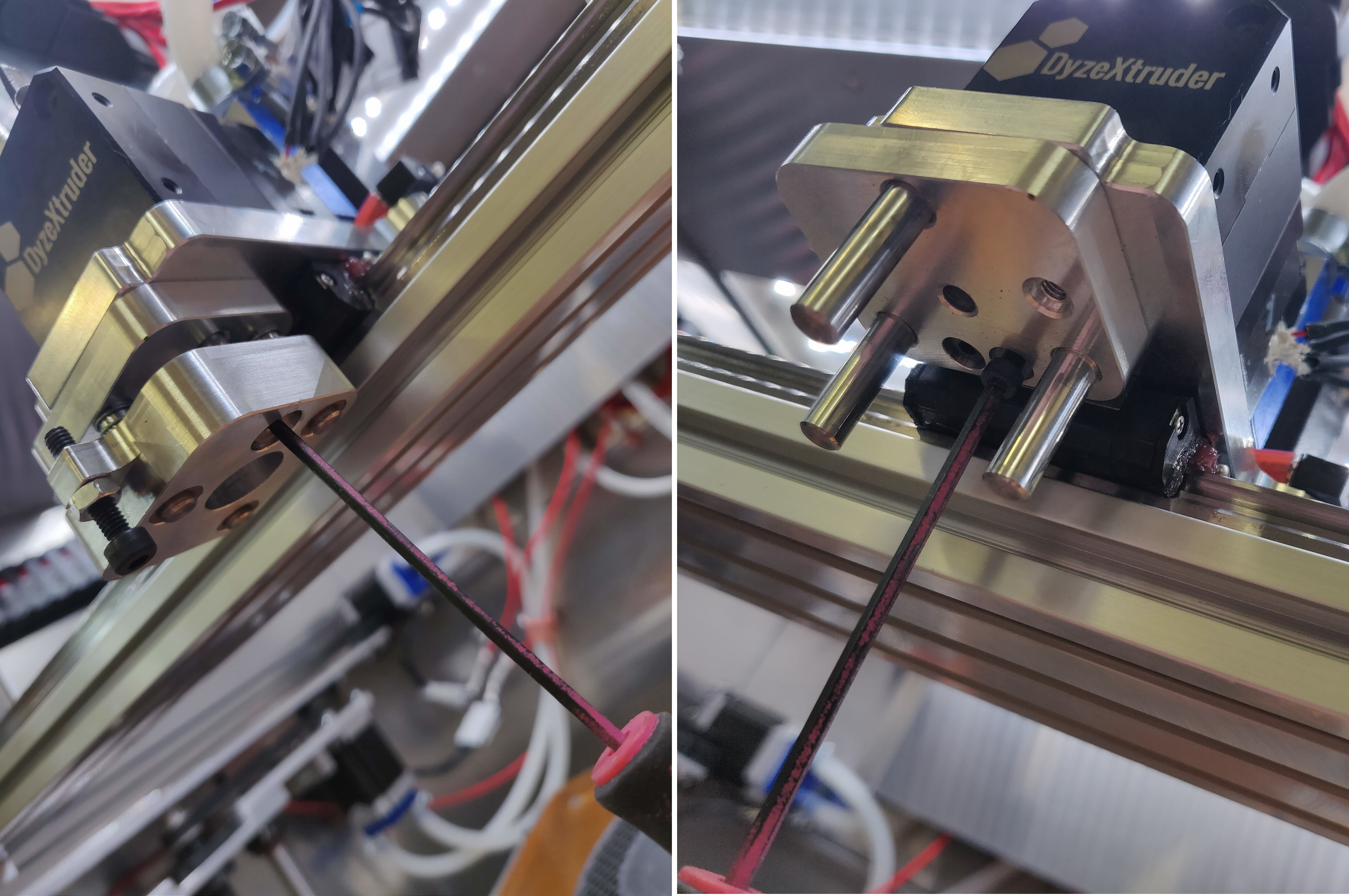 To detach the extruder assembly from the toolhead plate, remove the bolts in the top and bottom of the extruder (1 each).

The cooling loop and electrical cable will hold the extruder assembly in place - leave these connected! 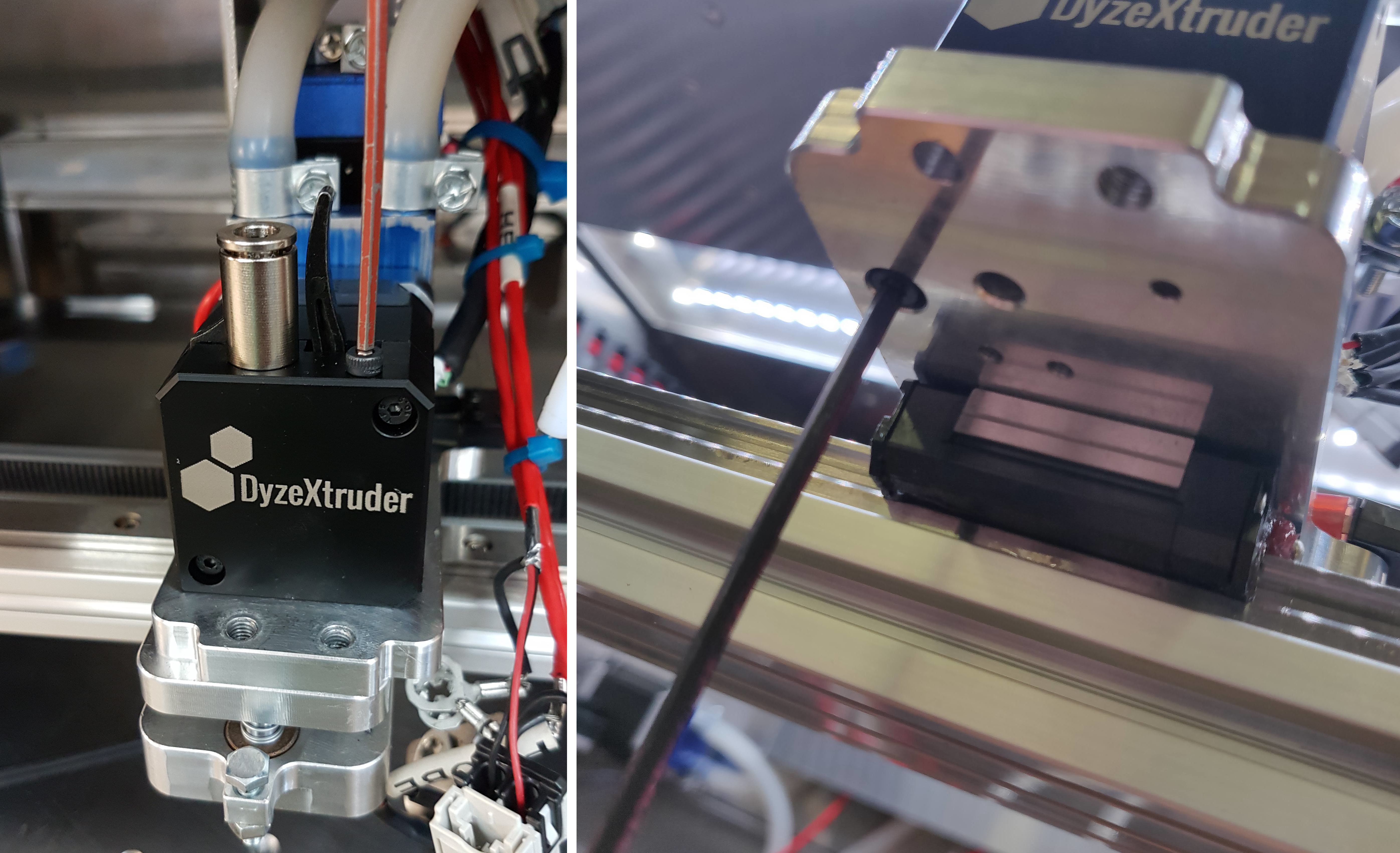 Take care when opening the assembly – there are a few small, loose components. 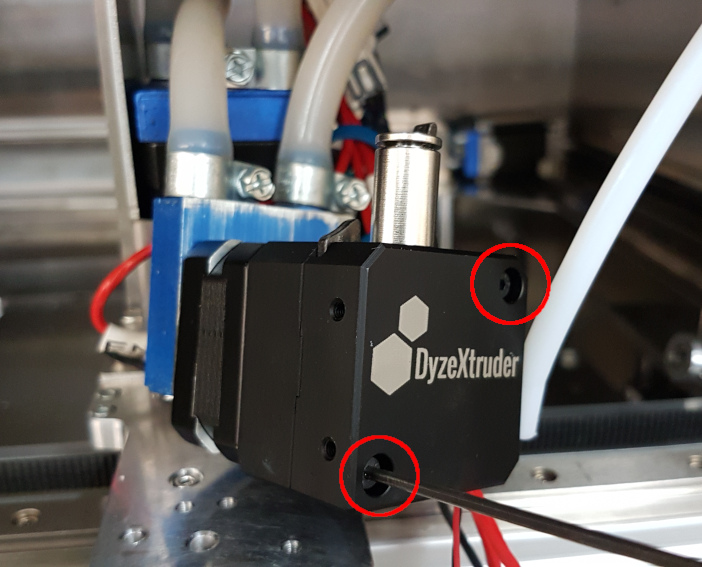 Separate the front two sections (the extruder) from the back section (the motor). Remove the gear assembly shown in the photo below.

Carefully remove the lever assembly by unhooking the spring (circled in green) and removing the bolt. 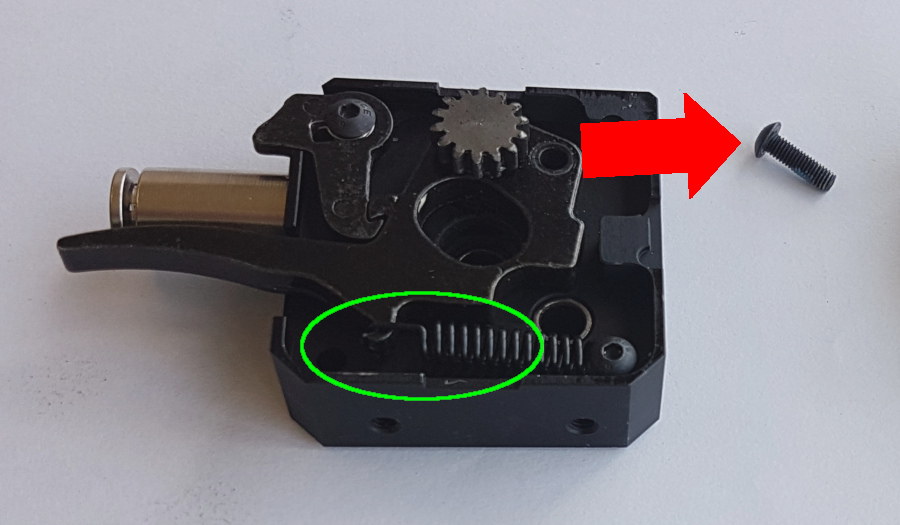 Cleaning the gears or clearing a jam

Clean out any visible filament debris. Use a small bristle brush to clean out the teeth on the filament drive gears.

Reinstall the extruder assembly onto the tool head plate, replacing the bolt on top and on bottom.

Reinstall the probe plates. The top plate has 2 bolts and must be square with the tool head plate. Place the springs on the posts and bolt in the bottom plate (1 bolt)

To get the springs and bottom plate in place, hold two springs with one hand and hold the plate and third spring with the other.

Reinstall the probe limit switch assembly using the two M5 bolts. Be careful with the cables as they can be delicate.